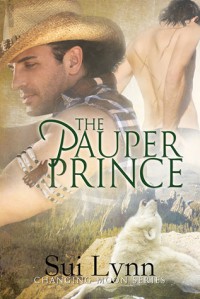 I really enjoyed the backstory of the vamps and the shifters. I also enjoyed as Lance came into his own and what he learned of his shifter heritage. Then, the effect on Andrew and their future was also a unique story. Great premise of a long term storyline and plenty of secondary characters as well to have some other storylines.

What dropped this some stars for me was the language was too much in some places. Too much of the flowerly language between Lance and Andrew. Yeah, guys can be poetic but there were places where it was just too much to not roll my eyes at.

As I said, the story itself is great and I'll probably take a chance on the second book to see what happens.
Tweet