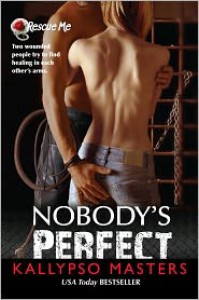 I liked both these characters and what they both overcame. Some of the flashback scenes for both MCs were heartbreaking. It warmed my heart that they moved toward healing and becoming a family.

Some of the sex scenes made me uncomfortable in what was explored. I'm not saying they are off base, they might be exactly what was needed for survivors of the abuse Savi suffered. I don't know. I just struggled with them at times. I did really like how Damian added humor into their sexual encounters for example, the name calling of body parts. For Savi, there had been no fun in sex for so long and he brought it back.

Overall, I liked the book but enjoyed the others in the series better. I think part of it was that there was so much detail and the slow build between the MCs but the ending came really fast and it seemed like there was too much left in the gaps how Savi's father was dealt with for instance, Savi being taken, etc..
Tweet