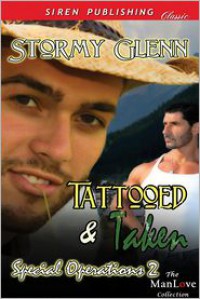 I really liked the idea of Wren and Robby in the previous book and was excited for their story. However, I could not get past some items in this book and walk away rating it an "ok" but probably should 1 star it. So, Robby ends up naked with a woman in her bed and doesn't remember getting there or what they did. He's worried he might not have used a condom since there's an unopened box on the dresser. So, what does he do? He goes and has sex with Wren within 24 hours, doesn't mention the possible unsafe sexual practice until after him and Wren have the unprotected sex. Wren suggests they go get tested - however, before they do this, they again have unprotected sex.

Now, the story ends up later with Robby having been drugged and not having had sex with the woman but I could not get past how silly the characters were written around this issue. This wasn't one of the author's shifter stories where it's made clear human diseases can't be transferred and it affected my entire view of the book. There were also some other nit picky issues like how the attacks occurred, how Robby was fired without John Henry looping him in, etc. that further weakened the entire storyline and left me with way too many eye rolls.
Tweet