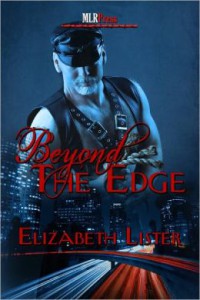 The puppy play was very well done. Sebastian was too cute for words and it could be playful and comforting but also be incredibly erotic as it was written. I didn't feel the cross dressing worked very well for me in this one because it seemed to be used more for humiliation of Tate. Which, was something Tate got off on and James liked doing but that isn't really one of my kinks so might just be personal preference for this reader. Cross dressing doesn't bother me - when it works for the characters. In this case, it kind of pulled me out of the story for feeling very awkward.

I am not a fan, at all, of love triangles so I am glad that aspect was handled very quickly and somewhat seemlessly as could occur under the circumstances. Despite me not liking the triangle that developed, I felt it was handled in as adult fashion as possible. James gave it is best shot and it didn't sway Tate enough. James then let it go. You have to appreciate that he acted like an adult and the book didn't go the all too common path of having someone develop into a stalker or something. There was a good dynamic between the three men when they played but it was play when they did it - not a long term relationship.

I'm hoping that there is a follow up book with James finding a boy of his own but that might not be where a second book is headed. I do worry whether Sebastian domming occasionally will be enough for Tate, though. Maybe they will be a couple willing to accept a third occasionally and have it work with them. I like them as a couple and they don't feel a good fit right now for a m/m/m relationship. Maybe that could change if the right guy came along. Sebastian admitted to not wanting an open relationship so it would need to be more permanent. If James comes back in the sequel and causes angst for the guys, I won't like it. It's going to have to be handled well if it goes that route with James in the picture.